Ongoing series Footage Has Emerged dwelling on the bombing of Guernica and the first piece in the series Footage Has Emerged I. In this piece however, I began to eradicate vital information from the separate photographs depicted in the first and second of the series, reducing the composition to a collection of virtually bare bone frames, their interior details lost to history. Unlike Picasso’s extraordinary piece Guernica, this series is not so much about a reaction to the criminal bombing but a reflection on the impotent role of photography in history. 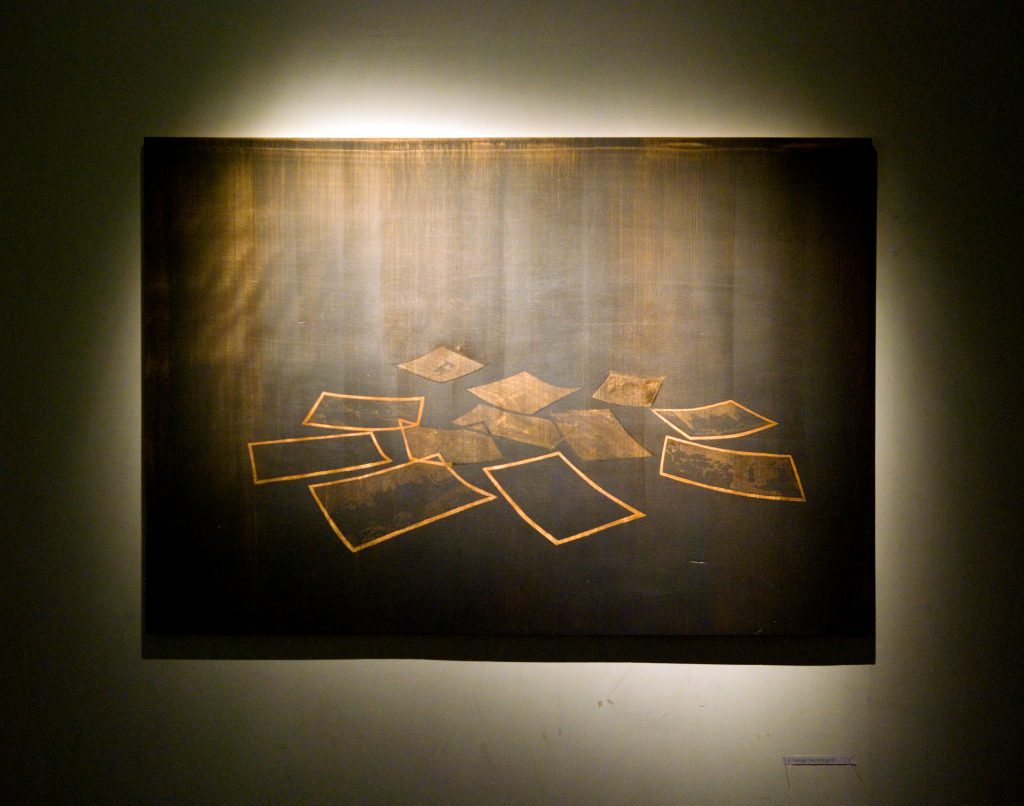 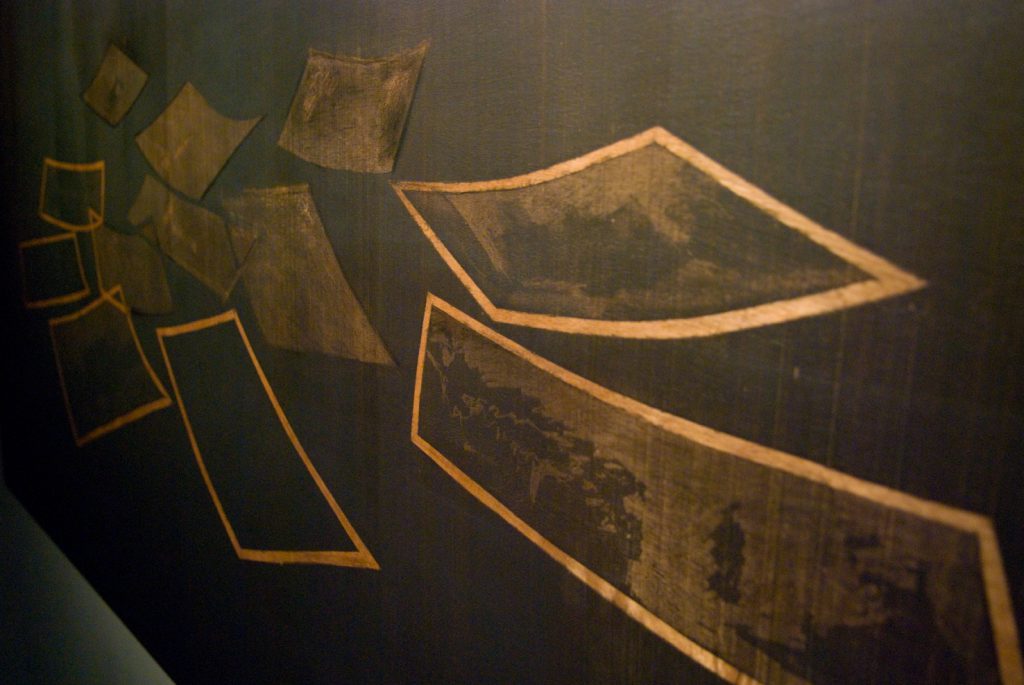 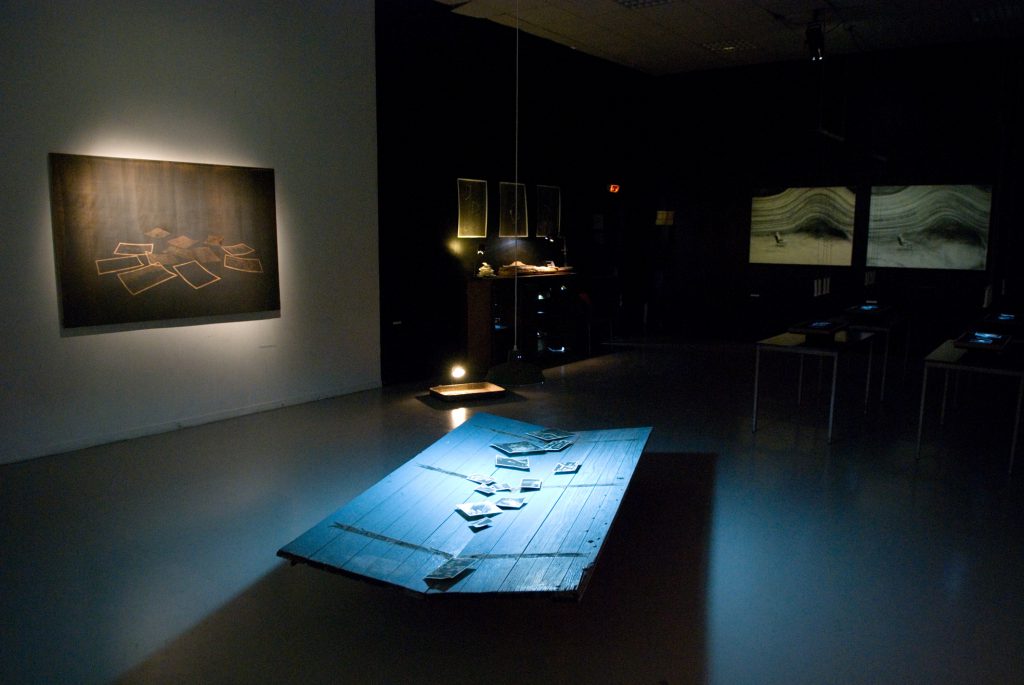 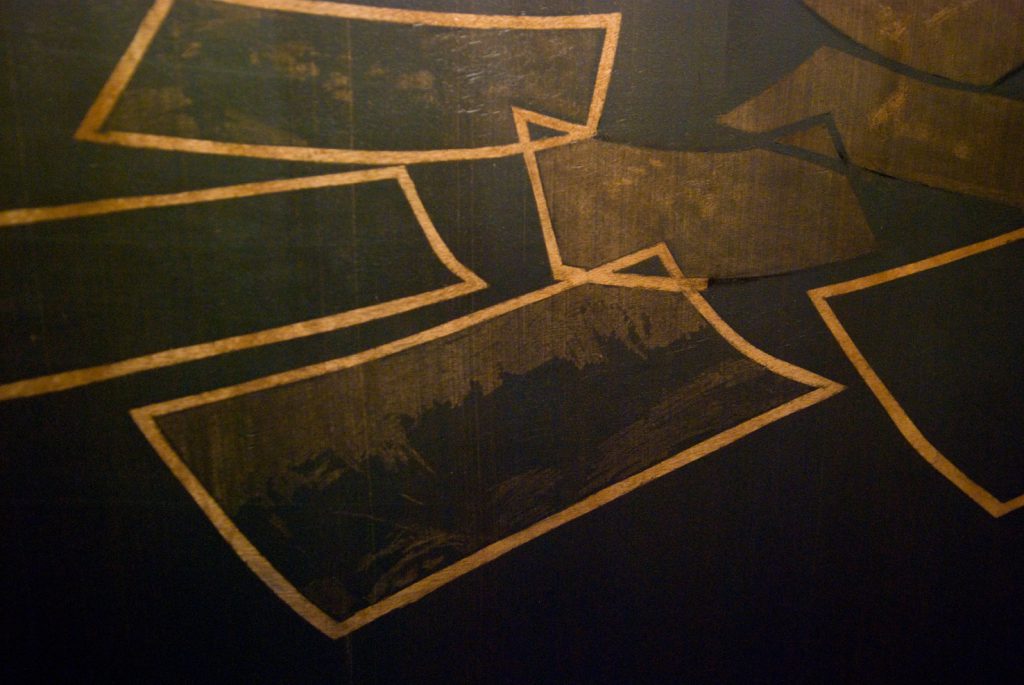 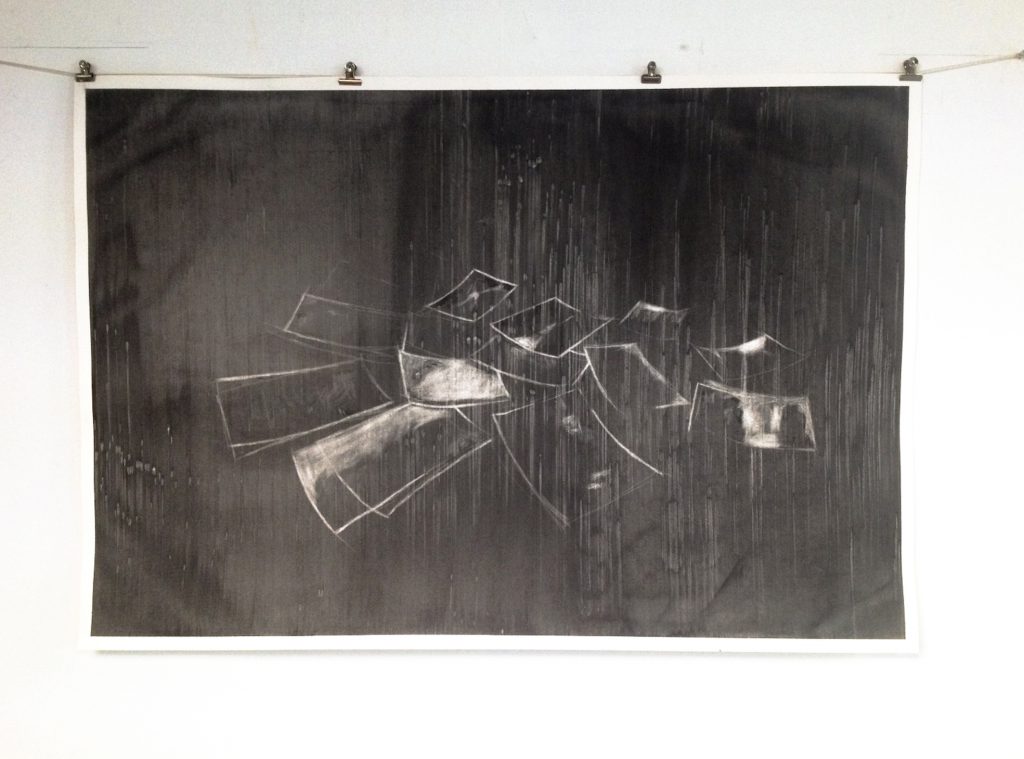 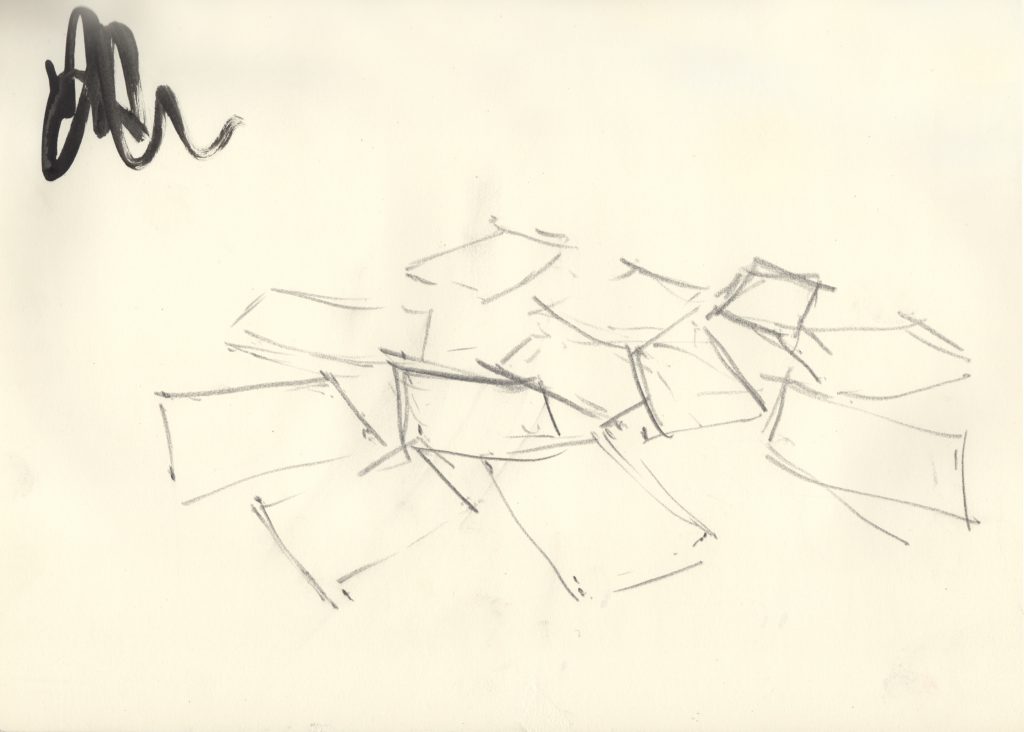 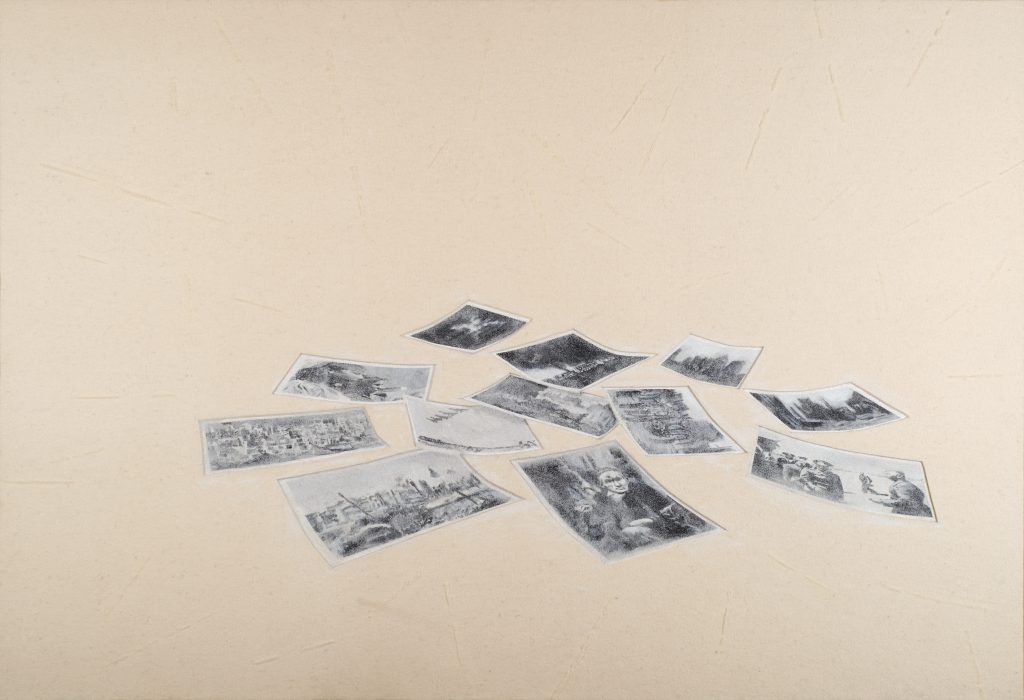 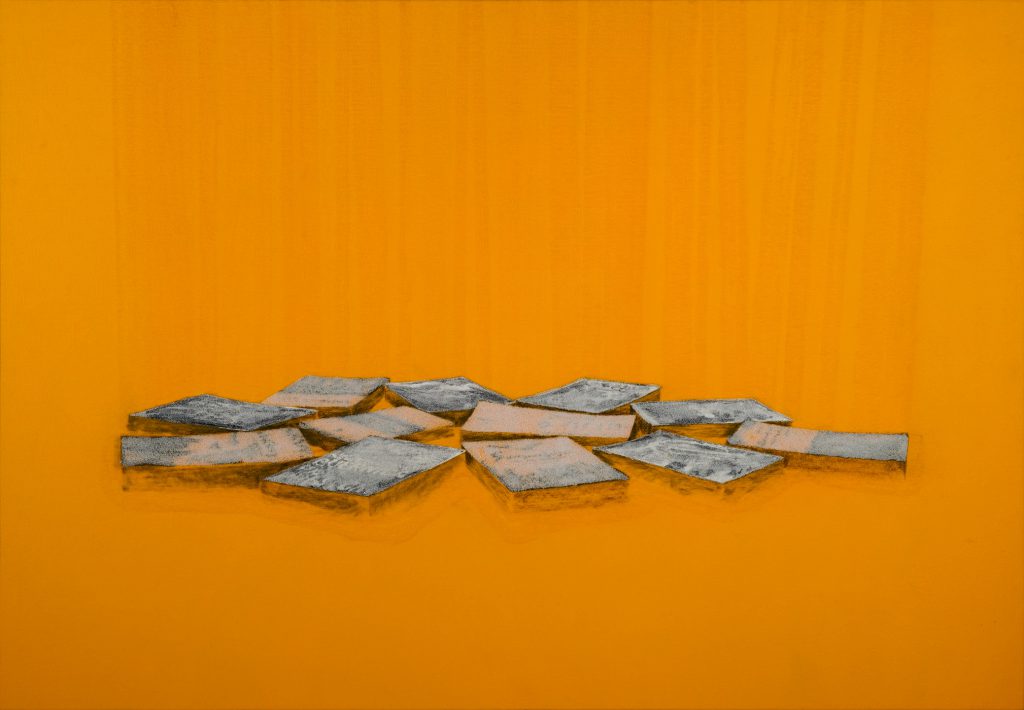