An installation for the Vallerauge Arts Festival in the Cévennes, France. I’d been offered a dark, damp and beautiful old cellar to exhibit for this festival. The idea was to produce a series of phossils (photo-realist paintings on porcelain) interpreted from a random series of old french identity photographs and display them in various configurations in the cellar. Five days prior to show I found this old ski on the street in front of my studio and noticed the proportions of both ski and phossils seemed made for each other. This random family of old identities I eventually suspended on the ski from the ceiling of the old cellar – the combo of the heavy low lit and its dank atmosphere, James S. Taylors wonderful soundscape and the delicately lit suspended ski which seemed to hover in mid air, ready to propel forward – almost had a churchly feel to it. 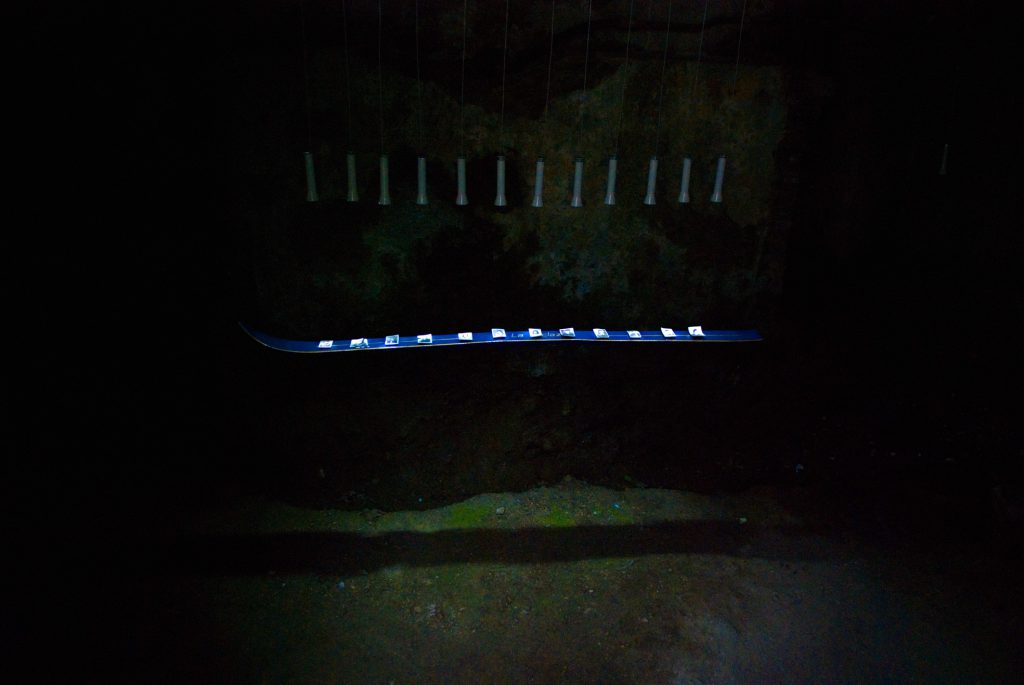 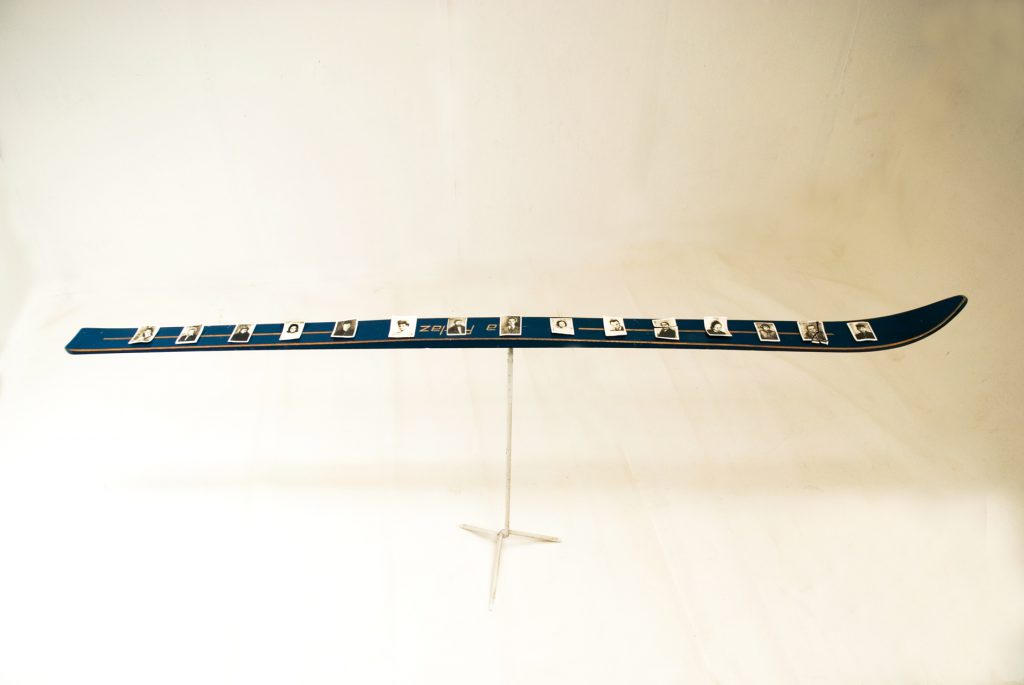 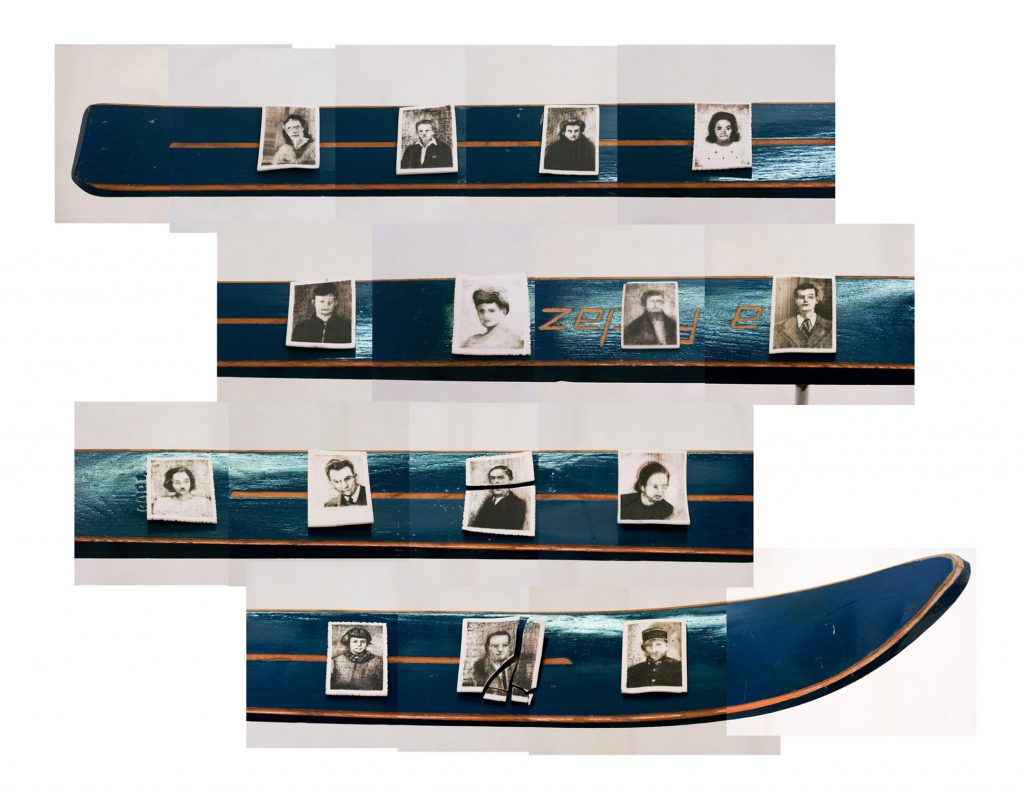 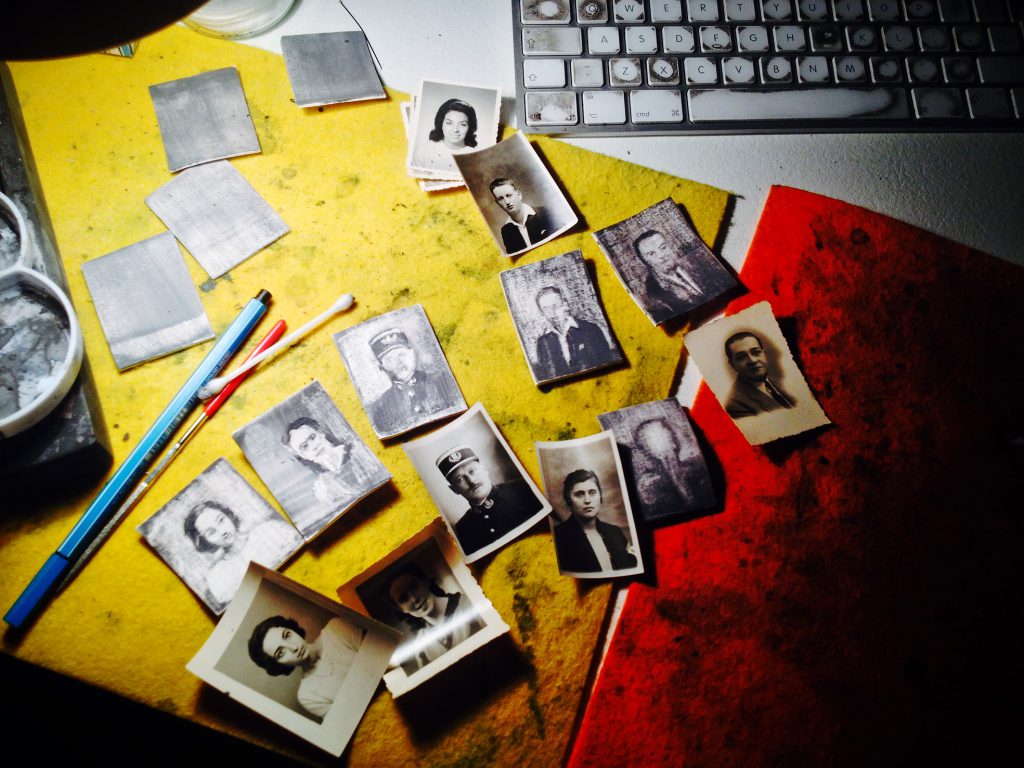