Often working on several projects simultaneously, I use elements thrown to one side by one project to fuel a new one. In this case, felt forms cut from a piece called ‘Footage has Emerged’ were used to create this simple series. They, like dried dead insects and other dead life forms are held to the blue background using entomological pins. Unlike their organic peers, their histories are bleached away leaving only the frame form. 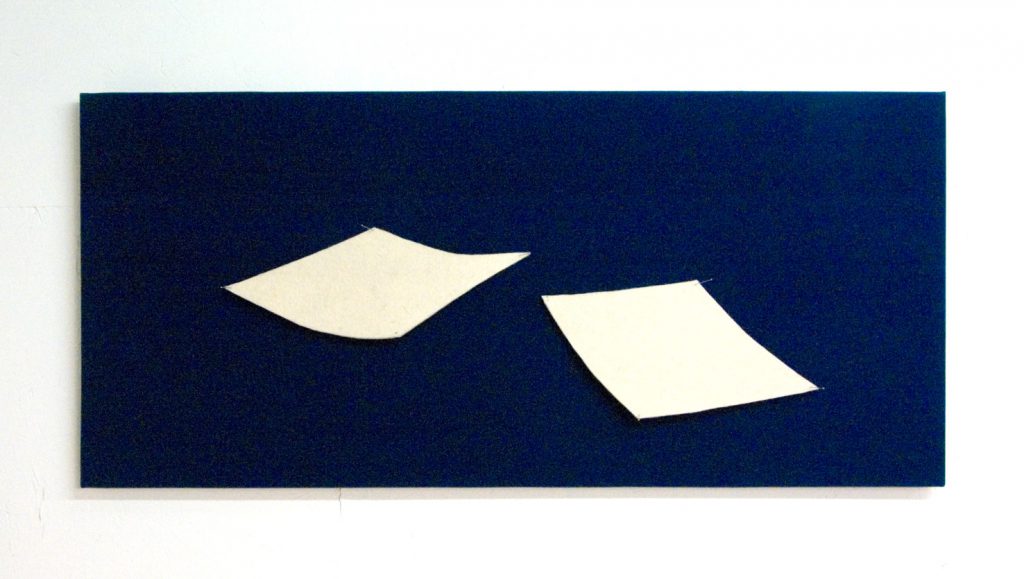 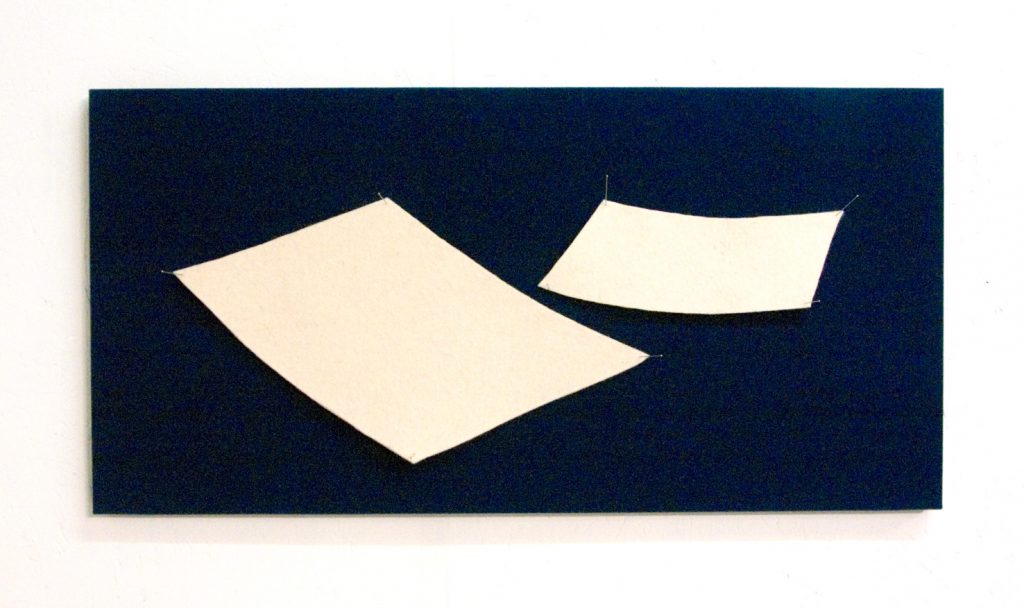 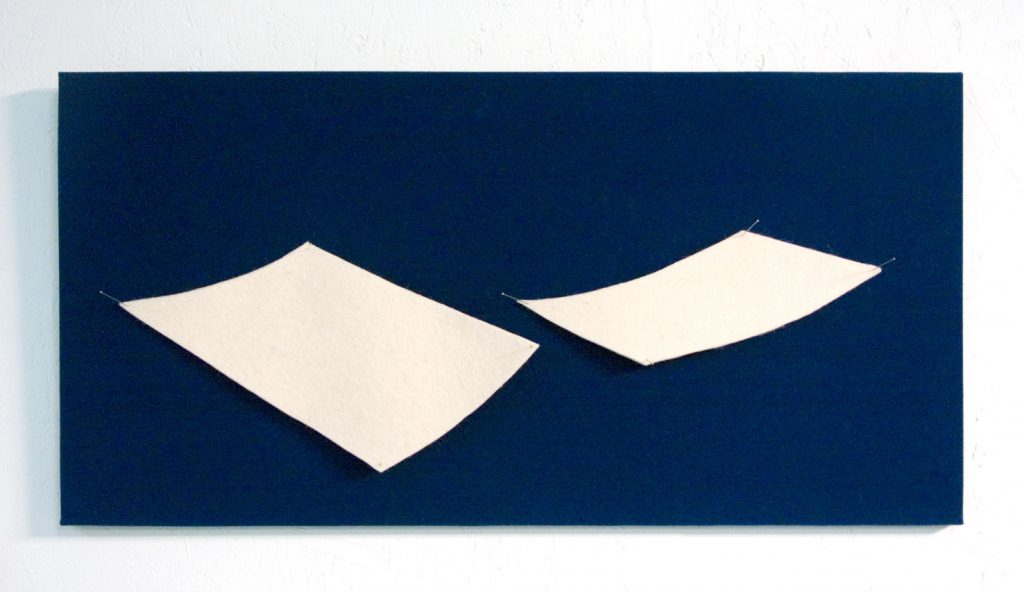 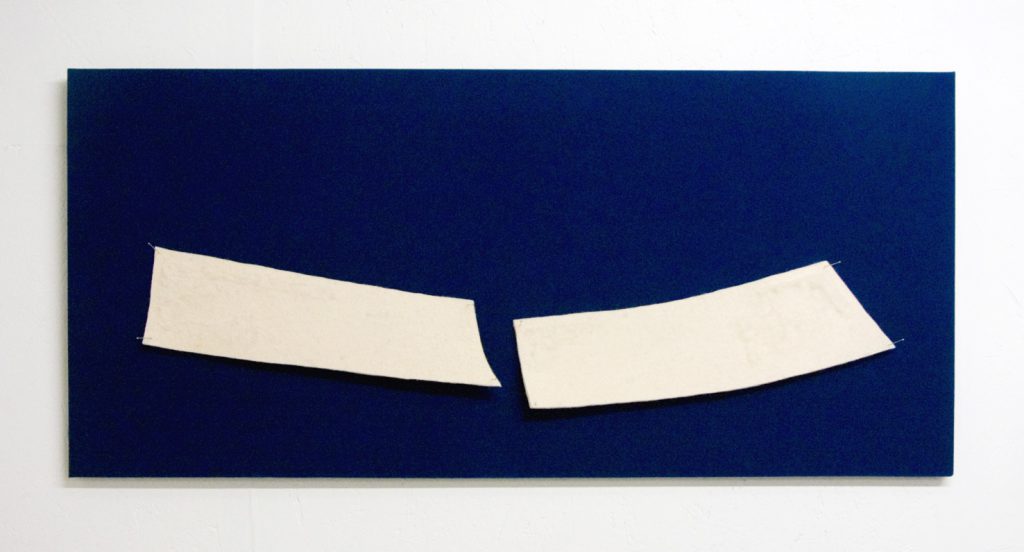